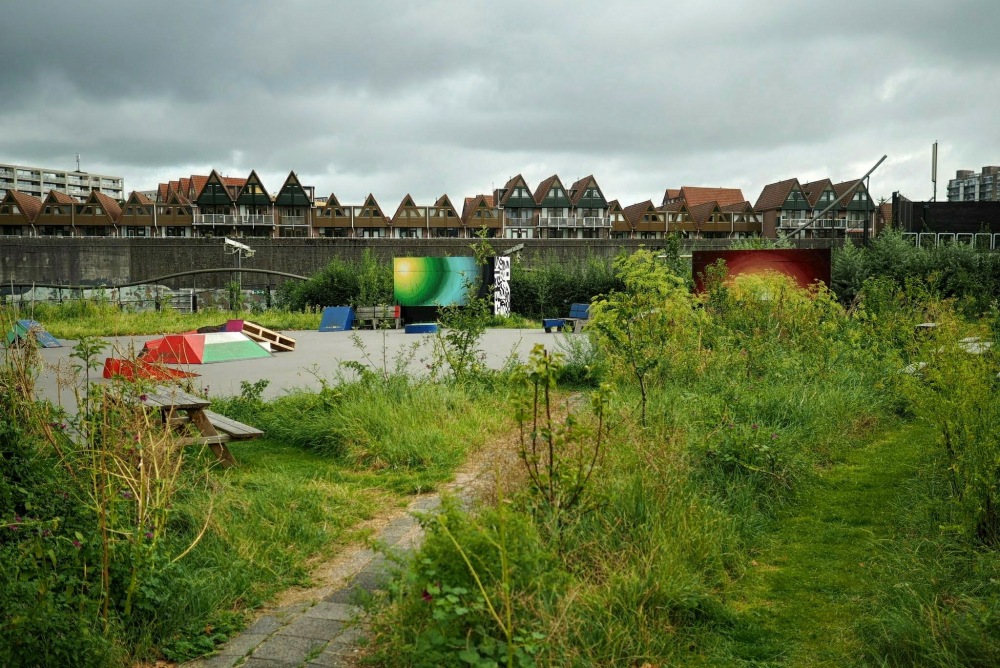 Long time no see (or rather no write / read)!

I somehow lost track of time these last couple of weeks. I had three weeks off in August, which was a very appreciated break from the office life and I think I actually made the most of it this time around. I often fear that I’m wasting my time off work because I don’t always travel during my vacations, which I actually don’t mind. On the contrary, I usually enjoy time off at home. It gives me the opportunity to plan my days as I see fit, to go out for a cup of coffee if I feel like it, to sleep in and to have lunch whenever it pleases me, to catch up with friends without having to plan these get-togethers around a day filled to the brim with work and chores. And still, seeing how other people (yup, comparison is a b*tch) manage their time off is often the cause of serious FOMO* on my end.

This summer, for the first time in my life, I went on a trip all by myself. I really wanted to go somewhere and for lack of a travel companion, I decided to go alone. I chose a destination that can easily be reached by train and booked the hotel and the train tickets at once because I was afraid I was going to change my mind if I kept thinking about it for too long. I decided not to tell my mother, nor my grandparents because I knew that they wouldn’t approve of me travelling by myself for safety reasons and consequently make me regret my decision and therefore chicken out (in case you were wondering: yes, irrational fear runs in my family).
Unsurprisingly, I didn’t have much trouble spending a few days by myself − I usually get along with myself and given that I was in a city I hadn’t been to before, I spent my time away exploring and discovering new places. I was a bit nervous about traveling by train because I was convinced I wasn’t going to find the right platform or train or whatever I’d need to find. This also didn’t come as a surprise to me because I’m generally convinced that I can’t do things whenever I get anxious, which I was. It turns out I didn’t have trouble finding my way around the train stations so hopefully I’ll be able to keep that in mind for my next solo adventure.

While being by myself didn’t cause me much trouble, finding places to eat (there weren’t a lot of vegan options to choose from, which made it even trickier for me) and walking into restaurants alone was harder than I’d expected it to be. I found myself paralysed by anxiety whenever it was time to find a spot to eat, which resulted in me being hangry far more often than I’d like to admit. I was afraid of people judging me, afraid of being a burden to the waiters because I was taking up a whole table by myself, afraid to come across as rude (I don’t even know why..!), all of which are feelings I don’t usually feel as intensely when I’m not alone. Incidentally, I wasn’t exuding a lot of confidence (but most probably a lot of weirdness instead) whenever I went somewhere to eat. I’m telling you, being afraid to act weirdly or be clumsy seems to inevitably become a self-fulfilling prophecy, which in turn increases self-consciousness for any comparable future situation. A lot of times, given that I was probably radiating some sort of please-leave-me-alone energy, I felt invisible to the waiting staff − I’m almost sure I could’ve walked out of most places without paying (which I didn’t, no worries) and nobody would have noticed .

Social anxiety flare-ups aside, I’m happy I went away by myself and I plan on doing it again sometime in the future. It taught me that I can do certain things I’ve always been convinced I couldn’t do. It also taught me that I need to work on tackling the anxiety that I often experience in social situations − unfortunately, I’ve often let it keep me from doing things I wanted to do.
I also need to keep in mind that it’s important to distinguish introversion from social anxiety, which I’ve known to be difficult in my case. I’ve found that I’m sometimes unable to face my social anxiety because I’m already running on empty due to my introvert personality. Certain life events or phases demand more of my (social) energy and therefore drain my battery, making it impossible to face additional challenges. This is the reason why I sometimes choose to skip events because attending them while feeling drained would only increase the anxiety I’d even be feeling on a good day and therefore reinforce my belief (sponsored by anxiety 🎉) that I just can’t do these things, that I’m too weird, that people don’t like me, that I don’t fit in, that I’m a failure.

Dealing with social anxiety is a weird thing and one that I’m often ashamed of because it’s difficult to explain to people who have never experienced it. It’s often put on the same level as shyness, which I’m not sure how to feel about. When I was a little kid, adults (strangers most of the time) used to tell me that I was shy, which I remember quite vividly. I don’t think I’ve ever been particularly shy though, unless not being the most outgoing person automatically puts you in the “shy” category.

When people notice me squirming or trying to avoid situations like talking to strangers, making phone calls or bringing attention to myself in some other way, they don’t usually get that social anxiety’s the villain causing me to act this way.
“Why don’t you just ask / call?” and “Why didn’t you say something?” are questions that make my blood run colder than ice and I instantly feel ashamed. I usually answer by giving some BS excuse (that I probably wouldn’t even believe myself) or I just dodge the question altogether by changing the subject or trying to be cute instead.

Great, now they’re onto you. Why can’t you just be normal?
Why are you so afraid??
Why are you this STUPID??!!

I probably don’t need to explain that this type of negative self-talk doesn’t really make me feel any less anxious, nor does it help people understand why I’m behaving in a weird way. Only few people know me well enough to *kind of* understand what’s going on when I get anxious, considering that I don’t have the habit of telling everyone around me about my struggles (only the entire internet, duh!).
Given that fearing and avoiding social situations has never been considered a socially acceptable behaviour in my experience, I usually pursue a fake-it-’til-you-make-it strategy in my everyday life, the success of which varies depending on my energy levels and self-confidence.

Do you struggle with social anxiety in one way or another? What are your coping mechanisms? Feel free to share in the comments 🙂.

* FOMO = fear of missing out

3 thoughts on “The Social Heebie Jeebies”