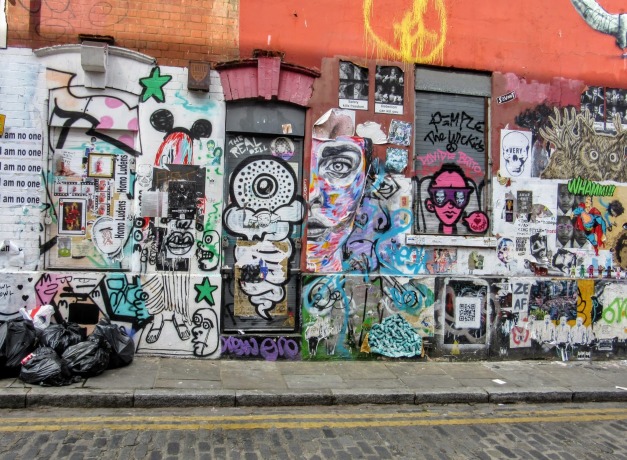 [Note: this was one of the first pieces I ever wrote, written in the summer of 2016.]

Have you ever missed someone so much that it caused actual physical pain? A knot in the stomach at the thought of the one you’re missing, an unfilled void, a constant longing to be with someone. People tell each other that time heals all wounds and I agree with that to some extent but it sure doesn’t apply to everything, especially not to something that hasn’t been resolved. I need closure. I need to talk things through until I’m all talked out, until I feel like I can move on because everything has been said and done.
Oh, and in case this wasn’t as obvious as I thought it would be, this post is about romantic relationships – the mother ship!

About half an eternity ago, I was seeing someone who came quite close to everything I was and am looking for in a relationship. Of course it was far from perfect and we both should have put a little (or a lot?) more work and effort into making it better, but it was a very honest relationship. I felt like I could tell him everything and I pretty much did, for the sole reason that I wanted to. I wanted to tell him about every little thing that happened to me on the most ordinary days and I enjoyed our conversations and discussions very much. As you may have guessed, it didn’t last – he moved to another country and even though we gave it a shot, we both sucked at maintaining a functioning long-distance relationship, especially since we knew that there was no way we would both end up living in the same country again at some point in our lives. I wasn’t much of a traveler and enjoyed living here whereas he was (and probably still is) more of an adventurer, wanting to see the world and planning on moving to another continent in the near future (note: he now lives there).

Evidently, we broke up. We no longer felt like sharing every silly little detail of our separate lives with one another as they seemed to have lost their meaning. I was sad when it ended but at the same time I felt relieved. We still texted each other a lot after breaking up and we both didn’t seem to be able to let go entirely. This lasted for a long time and I believe that it took us both half an eternity to move on. At this point, however, I’m pretty sure that he’s doing a much better job than I am: I briefly got back into dating but it felt so meaningless to me after an unbelievably short time and even though I managed to get distracted (I don’t think I ever kept him out of my thoughts entirely) for short periods of time, I kept missing him quite consistently.

Nevertheless, the issue is not as simple as it seems – after all this time, is it even possible that I miss him, the person he is now? Or do I just miss the kind of relationship we had? Didn’t we both change too much for me to still be missing the same person from all that time ago? If we were to be in the same country and together right now, we would probably not even be a very good couple. Or would we?

Either way, missing him doesn’t make sense − we will probably never be in the same country (heck, on the same continent!) at the same time ever again and even if we were a perfect match these days, the issue of being physically very far away from each other makes a reunion seem rather utopian.

So, now that this has been cleared up, why can’t I seem to fully move on? I believe that I’m afraid that I’ll never be able to feel as close to someone as I did to him. After all I really loved him, which is kind of funny because I never planned on doing that in the first place. In fact, meeting him wasn’t planned at all and it happened in the most unexpected location (and manner). I’m smiling right now, thinking back to that important moment of my life. I’m having a hard time accepting that the time we spent together is now over (and forever will be). He contributed a great deal to make me the person I am today and I am grateful for that. I’m not sure if he knows that I am, although it must surely be implied somehow.

I really hope he knows.